I have a set of PowerShell build scripts and ran into a case where I needed to load an assembly (to get the assembly?s version) and still (at a later time) work with the assembly file on disk.

A typical way to load an assembly within PowerShell is to use the Assembly.LoadFrom(filePath) 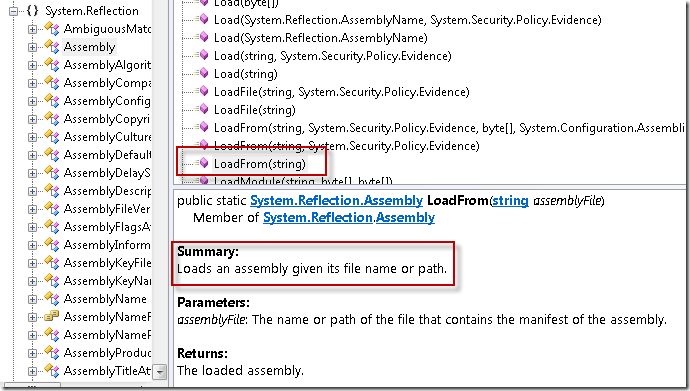 After searching the web for a solution, I couldn?t find anything that was ?easy? and worth the effort to get it to work.

EX: One solution was to create a new AppDomain, do the necessary work and the close the AppDomain which would release the lock on the file.

I?ve never done this myself, and even thought there is example code out there to get this accomplished, it just seemed over the top for what I was trying to do, and back to my previous criteria it wasn?t ?worth the effort to get it to work?

Then I remembered in a previous life I used an overload that took an array of bytes to load the an assembly.

After spiking it in PowerShell with the below test. I was quite happy with the solution, so I thought I?d throw it out there.

Just stream the assembly from disk into a byte array manually, and call assembly load from there.

Here?s my test case which shows that the file is not locked after it was loaded into the PowerShell runtime

After that test passed, and the main reason I wanted to do this, I wrote the ?get-assembly-version? PowerShell function.

Hope this helps someone out there!

Martin commented below on a much better solution to the assembly version info problem. Amazing how complicated we can make things if we don?t know the path.