Did that get your attention? Good. I took my open-source baby steps with Codeplex and after about a year or two I discovered GitHub and I?ve literally not looked back since. So today I set out to send a pull request for a project that is hosted on Codeplex and I was amazed how alienated I felt. I?ve not spent a lot of time on Codeplex since it became all fancy with Git, Mercurial and a new ?user-interface style formally known as Metro? design. 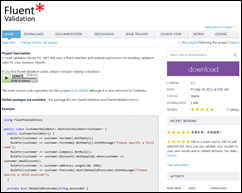 And I started looking for a way to fork the project. Can you see it? Look really careful! Still can?t see it? Me neither. That?s because there is no way to fork from the project page. Hmm odd.

Oh, as you can see, I am sending the awesome Jeremy Skinner for Fluent Validation

Since I couldn?t find a way to fork on the project page, I continued to head over the Source Page and saw this.

At first I thought I?d run into another dead end, but after some more scanning I found this 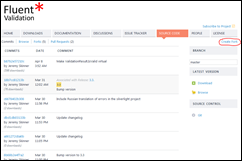 Not the most obvious thing is it? Why would they make something so important so obscure? Not only is it hidden away in the sub-pages for the project, but on the page they decided to put it, they made it so small and stuck it in the corner .. squeeeezing it in between the top menu and side menu!?