The Power of Enum

The Power of Enum

One of the most overlooked tools in modern programming languages for producing elegant code is the enumeration.

The enumeration is such a simple concept, yet it yields such a high return in both readability and usability of your code.

The enum is able to eliminate the need for XML style comments for a parameter to a method, and prevent the passing of null in one fell swoop.

Let?s look at an example, so I can show you what I am talking about:

You can see here that we need some comment to tell the user of the method what can be passed into the fruit parameter.

We have to handle the default case, in case someone is able to pass in something we didn?t expect.

A simple typo in calling the method or in our method, could result in a difficult to find bug.

Someone can call this method with null like so:

Now take a look at the example that uses an enumeration for fruits.

Do we really need the XML comment anymore?? When you try to call Eat() you will immediately see that it requires a Fruit and when you type ?Fruit.? you will get:

Consider what happens when I try to pass null into the method.

You cannot do it.? No matter how hard you try.

Side note: before the comments start coming in.? The example above is using a switch statement so that it can be simple for demonstration.? In real code you would want to do something smarter here like use a Dictionary<Fruits, string> and replace the switch. 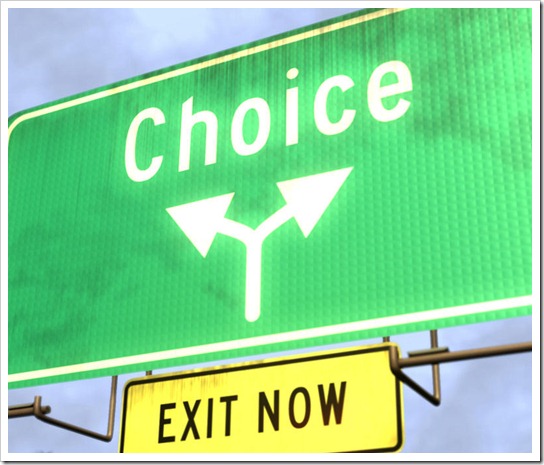 The power of limiting choices

It is a funny kind of a seeming contradiction that limiting the amount of choices increases the effectiveness of something.

The real power of enumerations to make your code more elegant lies in this contradiction.? By constraining the choices of what can be passed into a method, it becomes possible to list those choices out.? Which allows intellisense to display the choices for you.? You are forcing the IDE to document your code automatically.

Options that are self-discoverable are always going to be easier to use and understand, because they don?t require the mind to parse a human sentence and translate it into code.

Limiting choices protects your code in many other ways.? You prevent typos on either end because the compiler will now tell you if you have typed one of the choices wrong.

Testing becomes simpler, because the choices are finite.? Edge conditions and testing invalid input don?t apply to methods that take enumerations.? All input possibilities are known.

When to use enumerations

It is more often than you would think.? Let me show you an example where many people might not notice they could use an enum:

Many programmers would look at this code and not even think about using an enumeration here.? The number of players feels like an integer.

Every time you are writing a method and declaring the parameters, you should be asking yourself ?How can I constrain the choices of what can be passed in??

In this case, it is very simple.? How many players does the game allow?? There might even be a constant MAX_PLAYERS = 4.

We can very easily convert this code to use a simple enum and constrain the choices.

This small change may not seem like much, but it is going to immediately eliminate the need for writing unit tests to check for invalid player amounts being passed in, and it is going to prevent another programmer using this method from having to look in the documentation to find out the valid ranges of the int.

It is the culmination of limiting choices throughout your code that produces a net effect of reducing the complexity of the system.? It is the same with most of the best practices I suggest on this blog.

Combine them with maps and function pointers for the ultimate combo!

19 thoughts on “The Power of Enum”